In 1980 Bob Zaun, piano, and Craig Burgess, saxes, formed a jazz quartet and named it Jazz Spectrum. Tom Sievers, a bass student of Bob’s, became the bass player. Tom played rock and came to Bob for jazz lessons. They performed throughout the ’80s with a variety of drummers. As a freshman in August, 1986, Stacy, Bob’s daughter, won a spot on the Marchin Illini’s snare-drum line, playing next to John Eifert, a senior. Bob got to know John and asked him to join Jazz Spectrum after graduation, which he did. Perhaps his decision was influenced by his new job, a mortgage-loan officer, hired by Bob. John and Stacy became good friends, too. They married in 2003.

Fast forward to Oshkosh, Wisconsin, October, 1992, Four Freshmen Annual Convention. Bob has been a longtime fan of the Freshmen, along with other vocal groups like The Manhattan Transfer and Lambert, Hendricks, and Ross. Kevin Stout, a Las Vegas trombone player, was being introduced as the latest member of the Freshmen. Bob asked Kevin if he had ever sung before. Kevin replied, “anyone can sing.” This prompted Bob to organize a vocal quartet from the core of Jazz Spectrum. Tom could sing tenor, Stacy would sing alto, and Bob Vale would sing bass. Bob Vale joined Jazz Spectrum in 1986, played guitar, had a great voice and was a consummate performer. A young soprano was recruited from a local community chorus, Choral Dynamics. Manhattan Transfer’s (TMT) arrangement of Java Jive was selected for their first rehearsal. It went well with Bob Vale singing lead. At the second rehearsal the soprano was absent. However, Peggy Coniff was there, rehearsing her solo with Bob for a Choral Dynamics show. She sat in for the absent soprano for 20 years! Lesson learned: Don’t ever leave your space.

After months of rehearsing, Bob Vale discovered that, while he could sing melody, he couldn’t hold a harmony pitch. Tom struggled with the same problem, and Bob proceeded to find replacements. Choral Dynamics was the source of the final two members of the new quartet. When Dale Tubaugh became Jazz Spectrum’s bass singer and Dan Maher, tenor, the Jazz Spectrum Vocal Quartet was born. It remained intact for 10 years together with the original instrumentalists, John Eifert, Bob Vale, Tom Sievers, Craig Burgess and Bob Zaun, on piano.

While preparing to record their second CD, Dale announced he was moving to Florida for family health reasons. Rehearsal sessions intensified, and the 16-tune CD was recorded in one weekend, two days before Dale had to leave. Bill Zielinski was a guest-artist, playing acoustic bass on one number. When Tom decided to retire, Bill joined the group. Dale’s replacement, Tim Laud, was recruited from Peggy’s church choir. This vocal group remained intact for another 10 years.

Tim and Peggy announced their retirements at the same time, during a rehearsal in February, 2014. Peggy had fallen in love and was moving to Georgia. Tim had simply become tired from rehearsing weekly for the past 10 years. Jan Salvadorini joined JS in May, after a painful search, and understudied Peggy for three months. By pure coincidence, Steve Smith answered our “last ditch plea” on Facebook that September. He is the son of Joanie Smith whom Bob accompanied for many years with Choral Dynamics. At that time, Steve was a teenager and sang with the chorus for several concerts. Steve shadowed Tim for the remainder of 2014. January 1, 2015 gave birth to a “new” Jazz Spectrum Vocal Quartet.

Instrumentally, Larry Boisen, saxes, flute, harmonica, and clarinet, had replaced Craig in 2006. Larry retired in 2017 and was replaced by Dave Kublank, saxes and flute. Dennis Sullivan joined the group in 2016. Bob’s grandson, Ryan Eifert, saxes and keyboard, was made a permanent member in 2018, increasing the horn section to three.

WHERE ARE THEY NOW?

CRAIG BURGESS, co-founder, played his last gig with Jazz Spectrum on July 21, 2006 on the recording, Live in July. He moved to Wisconsin for employment reasons. In 2009 he was air evacuated to a Janesville hospital following a head injury from a fall. Three months later, he passed away. He was only 51 years old. We had performed, partied and hung together for 26 joyful years.

BOB VALUMSTEAD (Vale) retired from Jazz Spectrum in 2004 due to hearing loss. He remained our biggest fan until his death in 2018. Bob was 92 and living in a healthcare facility. Six months before he died, the vocal quartet with Bob Z. on piano, Tom Sievers on bass, went to his new home and entertained him and his family. Although Bob suffered from dementia, he perked up and sang his old Jazz Spectrum songs with the same flair from 15 years before. With youthful enthusiasm and a smirk on his face he sang, “Kansas City, Kansas City here I come…they got some pretty little women there and I’m gonna get me one!” Bob was 93.

TOM SIEVERS is a retired research librarian. He has been remarried for 15 years after his first wife, Judi, passed away after fighting a long illness. Tom has attended every Jazzmas since its inception in 1986. Jazzmas wouldn’t be the same without Tom singing his composition, Washtown USA, complete with description of how it was written, and playing harmonica.

TIM LAUD lives in Libertyville, Illinois and, with his wife, sings in a church choir. He still follows Jazz Spectrum, installing his overhead stage lights at our annual Mundelein tree lighting ceremony. He, too, attends Jazzmas and performs with the current and alumni singers.

PEGGY CONIFF returned to Mundelein after living in Georgia for two years. She recently relocated to Oshkosh, Wisconsin to care for her parents. She is a licensed caregiver, working 20 to 30 hours a week. She continues to sing in a church choir. Peggy hasn’t missed a Jazzmas, either, since joining Jazz Spectrum, save her hiatus in Georgia.

LARRY BOISEN, retired from Jazz Spectrum when he relocated with his wife to the Del Webb community in Huntley, Illinois. Larry is very active in the community’s musical and arts programs and continues to be a sought-after saxophone teacher. An active Jazz Spectrum alumni, he has never missed performing his magic at Jazzmas. 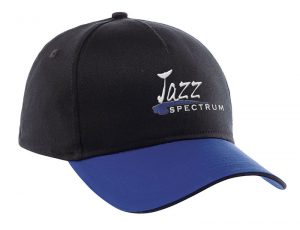