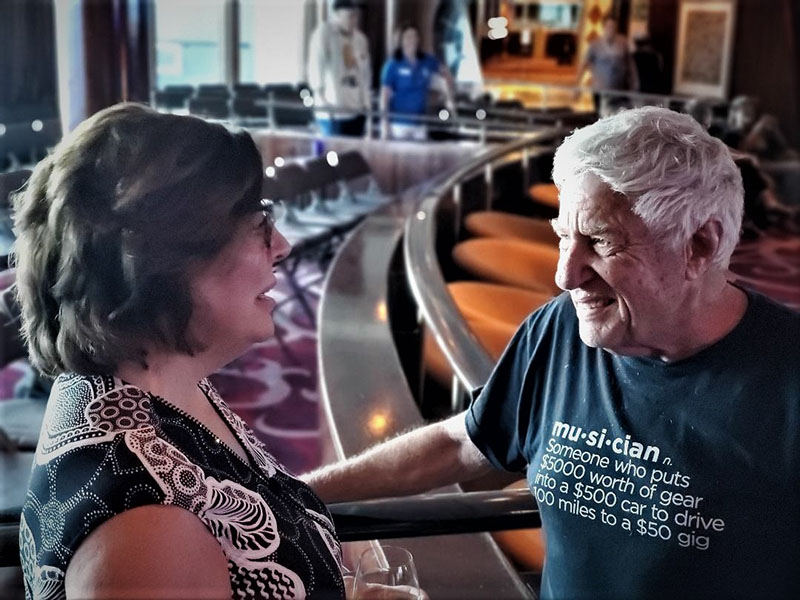 While on The 2019 Jazz Cruise, Bob enjoyed visiting with Kelly Peterson, Oscar’s wife. She told of how she and Oscar met and how she produced the album “Oscar, with Love.” Bob received this 3 disc album for Christmas in 2018. Beginning in 2014, it took two years to complete. Sixteen artists, including Michel Legrand from Paris, Chick Corea, Benny Green and Ramsey Lewis came to Oscar’s home studio to play Oscar’s compositions on his Bosendorfer piano.

While Bob never met Oscar, he did see him perform many times at The London House. From the 1950’s to the 70’s, it was the premier jazz club in Chicago and, arguably,the best in the country. Super stars performed, the setting was intimate, the food was great and it was the place to go to impress your date. Meeting Kelly brought back those memories.