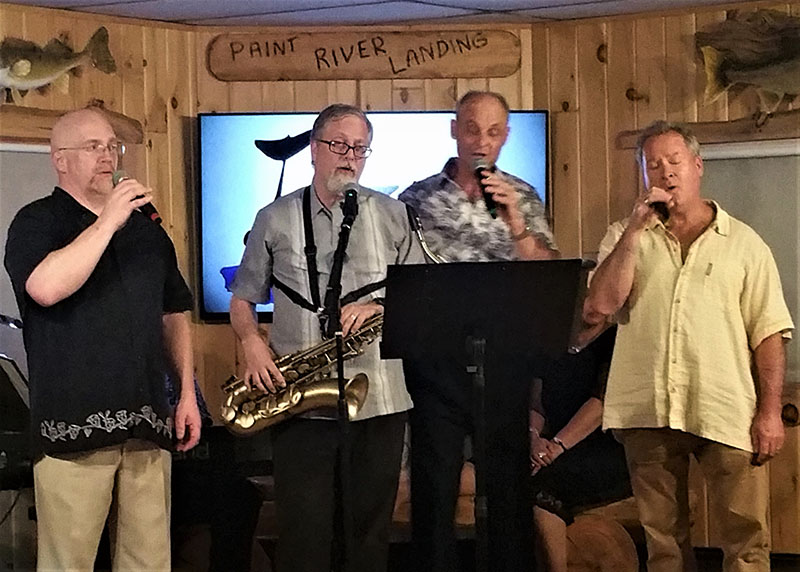 In 1948, four singers from Butler University changed the landscape for vocal groups. They fashioned their harmonies after Stan Kenton’s trombone section. The melody is the top voice of the chord, not in the middle, like barbershop, while the root of the chord is played by the bass player. This frees the other voices to explore the upper level notes of a chord. It sounds complicated, but wonderful, rich harmonies resulted. We recently discovered that John Eifert, our drummer, had a powerful lead voice reminiscent of the FF’s Bob Flannigan, and our sax player, Dave Kublank, surfaced with a strong baritone sound. Because of Bob’s connection with The Freshmen, he was able to obtain many of their original arrangements, and, as a result, a second Jazz Spectrum quartet was formed, adding another dimension to a Jazz Spectrum performance.